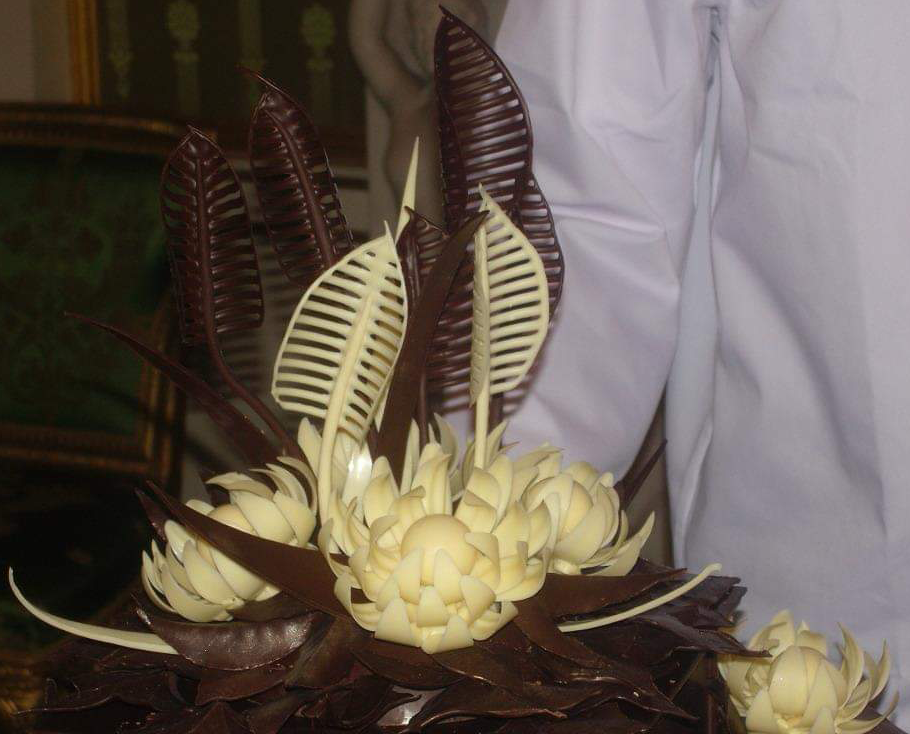 Having worked in the culinary and Chocolate industry for forty years, it’s fair to say Barry has racked up a lot of experience, awards, and honours.  From baking for the Queen and winning multiple Culinary Olympic medals; Barry is the Chocolatier who has seen, and done, it all.

Passion, determination and a desire to make magic happen ensured his culinary life excelled – and he’s by no means finished yet...

Barry was invited by the McVitie's Cake Company to help them design and produce the Chocolate wedding cake for HRH Prince William and Catherine Middleton. He carefully handcrafted the Chocolate leaves and white Chocolate dahlia flowers for decoration using revolutionary techniques. The cake itself was 96kg in total and included 1700 McVitie's Rich Tea biscuits.

He set up Barry Colenso Master Chocolatier Ltd, where he offers a vast range of Chocolate services; from Chocolate talks, Chocolate training, and now switching his focus to mainly chocolate consultancy; even developing his own bespoke range of handmade Chocolates. Barry also continues to judge upcoming chefs at Major events.

Barry was offered the role of Thornton’s Master Chocolatier, which gave him the responsibility of all the Chocolate products in this £250M company. He spearheaded multiple successful Thornton’s and M&S campaigns including all their seasonal ranges and masterminded PR events for the company. For example, In 2007 he invented the world’s first edible Chocolate Billboard from 390kg of pure chocolate. It was erected in Covent Garden with massive bunnies, Easter eggs and Chocolate slabs. Shoppers were invited to gobble up the 14.5ft by 9.5 ft creation, which took 3 months to make – it was devoured in 3 hours!

The most innovative product development during my time at Thornton's was the Dessert Gallery. The concept was based on Barry's life in the worlds leading hotel kitchens and created as a fusion of patisserie and chocolate creativity at its absolute best. 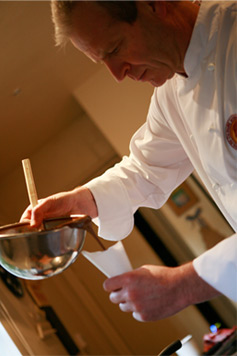 Won an individual Gold and Silver medal at The Culinary Olympics. He also captained a culinary team won a Gold Medal.

Won an Individual Gold at Intergastra.

His culinary team won a Bronze medal at The Culinary Olympics and he also won an Individual bronze and an Individual Gold at Intergastra.

Became the youngest Head of Patisserie in the history of the Savoy Hotel in London. During his time here, he presented a Chocolate Cake to the Queen Mother for her 85th birthday as well as created a Chocolate cake for Her Majesty. He also worked at the Savoy’s sister hotels, the Atlantic in Hamburg and the Crillon in Paris.

His culinary journey began as a student working part time at the Royal Shakespeare Theatre in Stratford on Avon before moving onwards and upwards to Chef de Partie at the 5 star Carlton Tower. From there he was promoted to the Chef Patissier at the Groups Hotel in Heathrow (now the Marriot Hotel). From there he moved to Brasserie St. Quentin in Knightsbridge and helped them gain their very first Michelin star! And finally, just before the big Savoy move, Barry helped open the Crocksford Casino, Belgravia.